Warning: "continue" targeting switch is equivalent to "break". Did you mean to use "continue 2"? in /home/marchona/public_html/safariinternational.com/wp-content/themes/jupiter/framework/includes/minify/src/Minifier.php on line 227
 Alaska – Moose – SafariInternational 
Warning: filemtime(): stat failed for jupiter/min/full-scripts.6.1.js in /home/marchona/public_html/safariinternational.com/wp-content/themes/jupiter/framework/functions/enqueue-front-scripts.php on line 49

We have some of the best area in the state of Alaska including National Park and Private Native land concessions. In 2007 hunts in our Southwest Region were 100% and in 2008, we had 100% success on the Peninsula. In 2009 we again had 100% at the Peninsula Camp- We take book moose each year. In 2007 we got a 72 in bull that was 3rd in World and in 2008 took a 77 incher. We average 64 inch bulls -Simply an outstanding hunt. Hunters may bring family members to stay back at the lodge fishing and sightseeing. Fishing is available before or after the hunt.

In the field transportation and trophy care. One Packer 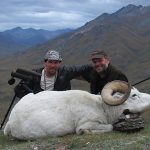 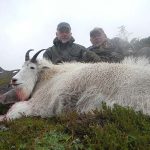