Warning: "continue" targeting switch is equivalent to "break". Did you mean to use "continue 2"? in /home/marchona/public_html/safariinternational.com/wp-content/themes/jupiter/framework/includes/minify/src/Minifier.php on line 227
 Mongolia – Ibexes – SafariInternational 
Warning: filemtime(): stat failed for jupiter/min/full-scripts.6.1.js in /home/marchona/public_html/safariinternational.com/wp-content/themes/jupiter/framework/functions/enqueue-front-scripts.php on line 49

Situated in the center of Asia, Mongolia is an immense country with only 2 million inhabitants of which one half live in the capital. In the west the country is mountainous where the chain of the Altai Mountains rises, there is the desert in the south, with the famous desert of the Gobi while the rest of the country is covered with steppe apart some wooded areas in the north. The precipitations are typically scarce with a continental climate with rigid winters. For this reason even if the hunting season is open until February we advise you to hunt from July thru October, final limit November. The fact that the greatest part of Mongolia is wild and uninhabited makes it a real Eden for the wild animals.

Full board accommodation in yurtas in hunting areas, guide-interpreter, first preparation of the trophies, assistance at the airport, all ground transports. 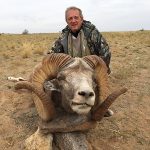