Warning: "continue" targeting switch is equivalent to "break". Did you mean to use "continue 2"? in /home/marchona/public_html/safariinternational.com/wp-content/themes/jupiter/framework/includes/minify/src/Minifier.php on line 227
 Estonia – Moose – SafariInternational 
Warning: filemtime(): stat failed for jupiter/min/full-scripts.6.1.js in /home/marchona/public_html/safariinternational.com/wp-content/themes/jupiter/framework/functions/enqueue-front-scripts.php on line 49

The most treasured hunting game in Estonia throughout the times. Elks weighing more than half ton were taken in these lands. Every year about one third of the Elk population is hunted, but despite this population is not decreasing as the growth of the population is also about 30% per year. Grown-up specimens weigh about 300–500 kg on average. Moose can be hunted using “calling” or “stalking” methods. In the beginning of the mating season hunting through the “calling method” when imitating the voice of the male is very interesting.

Transfer to/from Tallin and the hunting area, services of a professional guide, hunting organization, lodging and full board during the hunt. 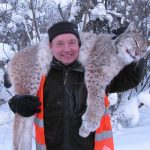